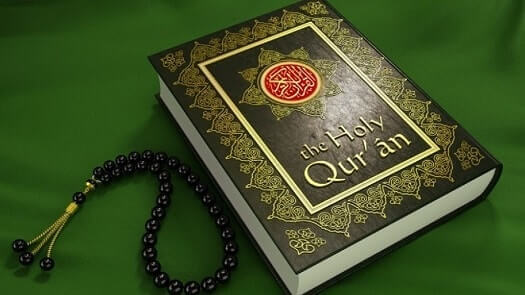 Impact of the Quran! blessings of quran! If We had sent down this
Qur’an upon a mountain, you would have seen it humbled
and coming apart from fear of Allah. And these examples We
present to the people that perhaps they will give thought.!
The Qur’aan increases your Imaan

“The believers are only those who, when Allah is mentioned, feel a fear in their
hearts and when His Verses are recited unto them, they increase their Faith; and
they put their trust in their Lord (Alone)”
[Al-Anfaal(8):2]
JOURNEY TOWARDS LIGHT…
Enlightenment of the Hearts!
Quran is Allah’s Noor

Lets Enlighten our lives with it!
Say, “In the bounty of Allah and in His mercy – in/ that let them rejoice; it is better than
what they accumulate.”
the Qur’aan is better than the world and all
that is in it
◊ The People of Qur’aan hope for a
trade that will never perish
[Fatir: 29-35]!

Those who rehearse the Book of Allah, establish
regular Prayer, and spend (in Charity) out of what
We have provided for them, secretly and openly,
hope for a commerce that will never fail: (29) For
He will pay them their meed, nay, He will give
them (even) more out of His Bounty: for He is Of Forgiving, Most Ready to appreciate
(service). (30)!

From Anas ibn Malik who said that Allah’s Messenger (sas) said: Verily Allah
has his family members among people. They said: And who are they, O
Messenger of Allah? He (sas) said: They are the people of the Qur’an the
people of Allah and his select ones.!

Hifdh al-Qur’aan is one of the causes of
salvation from the Hellfire
The Prophet (sallallaahu `alayhi wa sallam) said, “If the
Qur’aan was to be gathered inside a vessel (heart),
Allaah will never punishment it with the Hellfire.”
An enlightened heart …or
a destroyed house?

Messenger of Allah said:
“Verily he who has nothing of the Qur’aan in his heart, is like
a house destroyed.”
(At-Tirmidhi)

Quran- A healing and
Mercy for mankind!
And We send down of the Qur’an that which is healing and mercy for the
believers, but it does not increase the wrongdoers except in loss.
(Al- Isra 17: 82)

Tranquility descends upon the people of
Qur’aan and mercy envelopes them
The Messenger (sallallaahu `alayhi wa sallam) said, “No people gather together in
one of theHouses of Allaah, reciting the Book of Allaah and studying it among
themselves, except that Sakeenah (Tranquility) descends upon them, and Mercy
envelops them, and the angelssurround them, and Allaah mentions them amongst
those who are with Him.”

The Haafidh of Qur’aan will be in the
company of the Noble Angels
Indeed, the Prophet (sallallaahu `alayhi wa sallam) said, “A man is upon the way of his friend,
so let each one of you look to whom you befriend.”
He (sallallaahu `alayhi wa sallam) informed and spoke of the state of people on the Day of
Judgement, he said – as is narrated in the Sahihayn – “A man will be with whom he loves”. So
if you love the people of Qur’aan and accompanied them, then you will be from amongst them
and raised up with them on the Day of Judgement – inshaa’Allaah ta’aala.
! Treasures of goodness in the memorisation of
Qur’aan!

!  It is reported from Buraydah al-Aslami (radhiallahu `anhu) that
he said, “The Messenger ofAllah (sallallaahu `alayhi wa sallam)
said, “Whoever recites the Qur’an and learns it and then acts
upon it is adorned with a crown of light on the Day of
Judgement, its radiance is like the radiance of the sun. His
parents are adorned with two jewels that the world could
nevercontain, so they say ‘Why have we been adorned as such?’ It
will be said, ‘For what your childhas acquired of Qur’an.”
!  It is narrated from Jabir (radhiallaahu `anhu) that the Prophet
(sallallaahu `alayhi wa sallam)said: “The Qur’aan is an
intercessor that intercedes and a truthful opponent. Whoever
puts it in front of him, it leads him to Paradise and whoever casts
it behind him, it drags him to Hell.”

!  And Abu Umaamah al-Baahili (radhiallaahu `anhu) who
said: “I heard the Messenger ofAllaah (sallallaahu `alayhi
wa sallam) say, “Read the Qur’aan for indeed it will come
on the Day of Judgement as an intercessor for its
companion.”

Pure hearts will never find
satisfaction enough from
the book of Allah!
Our objective?
Together to paradise?
IMAGINE…

Messenger of Allah said:
“It will be said to the beholder of the Qur’aan:
‘Recite, ascend, and Rattil (recite slowly and distinctly) as you used to Rattil in the life of
this world, for verily your level (in Paradise) is at the last verse you read’”
(Abu Dawud & At-Tirmidhi)

Be amongst the best!
“The best among you is the one who learns and
teaches the Holy Qur’an” (Sahih Bukhari)!

Start the best journey with Quran at Firdaws Academy now!

The fourth pillar of Islam